A little jaunt down memory lane… A Peru plagued by electrical outages, hyperinflation, terrorism and scarcities, while teachers kept on keeping on… recently published in The Blue Nib

Certain things just don’t get forgotten. Moments can etch many an experience into the memory that we might prefer not to remember. An unfortunate bit of bad timing can burn a split second into an indelible scar that could one day be seen as amusing. At the time, of course, it was not.

To read the full story, go to The Blue Nib

another one for Halloweensie in a totally different vein…

Carrie crossed the street to avoid the trick-or-treaters, and walked by the graveyard. The guy in the skeleton tee-shirt was the creep who always bugged her at school.

“Hey, Red!” he shouted. Carrie walked faster, but he crossed toward her. “When are you gonna live a little?”

Carrie stiffened, “The best thing about the pandemic has been not seeing you.”

He lowered his mask, “Afraid I’ll breathe on you?”

A voice hissed, “Back off!” Brandon froze.

Carrie turned to see her brother, hair as red as hers and twice as curly, looking better than the day that he was buried.

The Trick-or-treaters are finally gone, and our wheelbarrow-filled-with-skulls-and-treats (do-it-yourself-virus-conscious) strategy seems to have worked well. But I just realized that the deadline is an hour away for the 10th annual Halloweensie Contest, and I actually wrote an entry for it!

So, in honor of Susan Hill’s tradition (and in hopes of qualifying for one of the amazing prizes donated for the cause of promoting children’s literature) I present a little story here for your perusal. I also invite you to hope over to https://susannahill.com/blog/ to submerge yourself in a world of creative responses to the challenge to write a story in 100 words or less that includes the three words “skeleton, creep, and mask” in any variation.

Even as time forges furrows in my brow, Halloween calls forth the eternal child, conjuring magical nights of sweetness and pretend. While the trees shed for winter in these northern climes, summer is blooming in my other hemisphere. I may have mixed feelings about the nature of the holiday and its excesses and sugary hangovers, but autumn always rests easy at the heart of my soul.

This year, with the word particularly challenged, I find solace in the nearby woods, and turn again to some of the final words that John Lewis shared with the world before his passing in July. 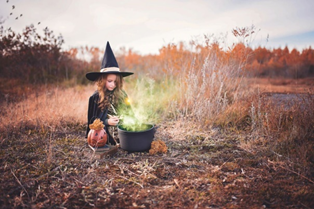 This little poem is my contribution to help celebrate the Official Kidlit #FallWritingFrenzy! hosted by @KaitlynLeann17 and @LydiaLukidis. Writers are challenged to select one of 15 images and use it to inspire a 200-word piece of writing. Visit the link to have fun browsing through the amazing variety of entries – picture book ideas, middle grade stories, and young adult fare to tickle every fancy!

Every Halloween night, when the owls are in flight,
and goblins and ghouls fill the air,
darkening streets thrill with monsters and treats,
but little witch Maya’s not there.

In the fields she will dance, past pumpkins she’ll prance,
her magical kettle aglow.
Transforming her troubles to green smoky bubbles,
she’ll light up the path as she goes.

In moonlight she’ll sing of the marvelous things,
once taught in the ancestor’s songs—
how souls can still greet us, and love us, and meet us
when we lift our voice for those gone.

The wind stirs beside her and even the spiders
will whisper of things that they loved—
the bright autumn leaves with clean air fit to breathe,
and the people below, stars above.

We give thanks to the earth for the way it gives birth
to bountiful harvests we reap.
We are thankful for seas, for lakes, rivers and trees,
and the wonders that swim in the deep.

Young Maya finds spaces twixt time and far places,
no matter the wind or the weather—
She’s an earth-loving witch who, with each careful stitch,
will weave broken worlds back together.

A shout out to thank @KaitlynLeann17 and @LydiaLukidis for working so tirelessy to help writers connect and support each other!

Lynda V. Mapes, who covered the Tahlequah’s journey of grief for the Seattle Times two years ago, reports that scientists have confirmed the orca’s pregnancy  from drone pictures. We can hope.

Down to a population of just 72 whales, every baby counts for southern resident orcas. And their chances for successful pregnancies are not good. About two-thirds of all southern resident pregnancies are typically lost, researcher Sam Wasser of the Center for Conservation Biology at the University of Washington has found. Stress from hunger due to lack of salmon is linked to the whales’ poor reproductive success…

Yesterday, I felt like I was forgetting something important. Someone’s birthday.

Today, I realized what had been tugging at me. July 24 marked the second anniversary of the birth, and death, of an orca made world famous by her mother’s 17-day sojourn of grief.

Humans are not the only species that feel the suffering of loss.

Tahlequah’s previous child had been stillborn three years earlier, and this one did not hold the thread of life much longer. Tahlequah held her dead child above water on her rostrum, following her pod of killer whales for over 1,000 miles. Her companions took turns helping her keep the baby afloat until finally, after 17 exhausting days, the grieving mother released her daughter back into to the sea.

Like the tip of the iceberg, like the dying canaries in unsafe mines, another species makes visible the hidden toxins beneath our changing landscapes and seascapes.

“Regrettably, approximately 75% of newborns in the recent two decades following designation of the Southern Resident killer whale (orca) population as “Endangered” have not survived.“

Tahlequah, known by scientists as J-35, is part of the J pod of the Southern Resident community of killer whales that frequents Haro Strait in the San Juan Islands of Washington State. Unlike seal-eating transients, the Residents’ diet relies on Chinook salmon. With salmon runs ever more depleted, and the increasing pollution in our seas, the orca population not only suffers malnutrition but also the build up of harmful biochemicals in their bodies. Those high levels of PCBs are a big part of infant mortality.

In her deeply moving memoir, Into Great Silence, poet and scientist Eva Saulitis described her experiences with another group of orcas, the AT1 (Chugach Transients), a pod devastated by the Valdez Oil Spill. Saulitis paralleled their situation with her own losing battle against cancer. How I wish she were still here, sharing her lyrical, luminous reflections on the natural world.

Her Chugach Transients are disappearing. The Southern Residents may not survive much longer.

“In the seminal 1989 book The End of Nature, Bill McKibben confronts a new reality, a world in which human impact alters even the untamed force of weather. Our dominion over the earth, our global reach, our changing climate, our acidification of the rain and the ocean, our mass poisoning of the communal food supply mean nature as we once conceived it — bigger than us, out of our control, pure and free — is over. Nothing on this earth is apart from human tinkering. No raindrop falling on my face is free of human causation. Even my body, burdened with cancer, burdened with fifty years worth of toxins, enacts this truth.“

For the latest on research and conservation related to orcas and other whales, visit the Center for Whale Research

I am sharing this link to another blog, where the woods feel so familiar… Readers are lucky that now anyone can take a virtual hike with the creator of “Mark All My Words” via his lush blog:

Trees are living records of the past, carrying in their wood the traces of prior times and people.

As we continue to self-isolate, and cases of COVID multiply around us, I find refuge and renewal in the nearby woods.

On these dappled paths, the invitation to wander brings my feet joy.

the lost shall not be forgotten –

the selfless service, the warriors of old –

would that battles could resolve with words –

instead of leaving orphans in the cold –

would that heroes need not die –

for truth and justice to take hold.